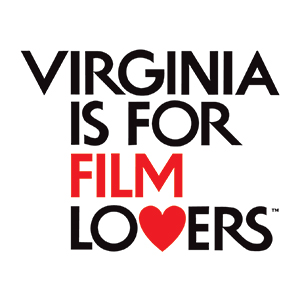 The Virginia Film Office, founded in 1980, has a mission of increasing revenue to the state through the production of filmed product including television shows, feature films, videos, documentaries, and commercials. A study by the Virginia Commonwealth University Center for Public Policy found that more than 8,000 people in Virginia are involved in this industry, which brought more than $500 million in economic impact to Virginia in 2004.

The Virginia Film Office is committed to increasing film and video production in the Commonwealth with activities that are aimed at attracting out-of-state business while at the same time expanding the existing in-state industry. Because of Virginia’s wonderful film locations, supportive public, and experienced Film Office staff, the state was ranked in the top ten best filming locations in the USA by P3/Production Update Magazine.

The Film Office is primarily a marketing organization with a goal of promoting Virginia as an exceptional location for film and video production. Staff members work with producers to help find locations and crew members for their projects, and assist them throughout production to ensure their experiences in Virginia are positive ones. A network of film liaisons exists throughout the state to assist in this process.

More Information about  Film Commissions and how they Work with Tourism

There are more than 300 officially sanctioned Film Commissions worldwide. Nearly every state and many major cities have one, as well as countries, regions, provinces and towns. Film Commissions are essentially marketing organizations that promote their localities to the film and television industries by publicizing filming locations, crew members and services of their areas. Once a locality has been chosen for filming, staff members assist the production company and function as a liaison between the filmmakers and the community, helping to provide essential services such as parking, police assistance and traffic control.

A film office operates much the same as other marketing organizations, particularly those involved in the tourism industry. Staff members attend trade shows, make marketing calls on prospective clients, conduct Fam Tours and place news stories and advertising in national publications. In fact, since both groups work to promote the remarkable physical and human resources to be found within their jurisdictions, it is not surprising that tourism and film have been found to work so well together. In addition, studies have shown that states with strong film industries usually have strong tourism industries, partially because a successful film can act as a powerful advertisement for the area in which it was shot. In Virginia, the films Lincoln, Dirty Dancing, Gods and Generals, Cold Mountain and The New World have been particularly strong tourism generators.

Connect with the Film Office

This website uses cookies to improve your experience while you navigate through the website. Out of these, the cookies that are categorized as necessary are stored on your browser as they are essential for the working of basic functionalities of the website. We also use third-party cookies that help us analyze and understand how you use this website. These cookies will be stored in your browser only with your consent. You also have the option to opt-out of these cookies. But opting out of some of these cookies may affect your browsing experience.
Necessary Always Enabled
Necessary cookies are absolutely essential for the website to function properly. This category only includes cookies that ensures basic functionalities and security features of the website. These cookies do not store any personal information.
Non-necessary
Any cookies that may not be particularly necessary for the website to function and is used specifically to collect user personal data via analytics, ads, other embedded contents are termed as non-necessary cookies. It is mandatory to procure user consent prior to running these cookies on your website.
SAVE & ACCEPT